Now let’s make
one thing clear;
I am NOT a Kim K
hater!
As a matter of fact,
I’m a huge fan of
Kardashian 🙂

We all know this infamous Keeping up with the Kardashians star… and if not … where have you been? Mars? (Go educate yourself!) She is one of the most followed people on Planet Earth. And when all facets of your life gets practically played out on live tv and cable… I’m thinking you won’t be sipping hot cocoa by the fireplace!… Since everyone would feel the need to be all up in your business. Dirty laundry and all…

Kim has dwelled in unfair scrutiny for as long as I can remember. Hate speech, body shamers, sexist remarks, verbal abuse, ridicule… I mean the list goes on and on!
Cut the girl some slack people?? She got it going on! Get a life ; she’s living hers over there and what are you doing? Ya’ll trolls are just a bunch of weirdos sitting behind a monitor screen having nothing better to do with your miserable lives, other than yapping like a bunch of big babies literally and figurativly. 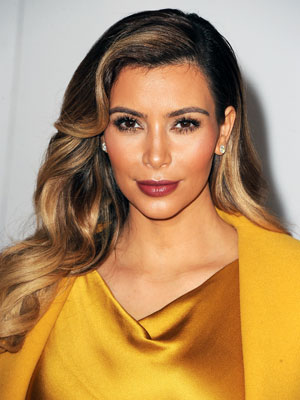 But why is she hated so much? She’s a beautiful soul and as far as logic is concerned… hasn’t harmed anyone, yet fire daggars and machete are splurged all over her social media posts. Yet we still keep comin’ for more. Owh, and that’s how she makes money, through all the devoted and undivided attention we give to her and her brand. Good or bad : you know what they say all press is GOOD press! ~I don’t know who said it

Just about everyone knows who Kim Kardashian is.

She’s a celebrity from a famous family, married to Kanye West, a model, a mother and a business entrepreneur

Yet she’s all of these things because of her celebrity, and not the other way around. This is the reason, among many others, why so many people dislike her. Turns out, psychologists know why. It’s called “cognitive dissonance,” which is the mental stress felt by one who possesses two or more contradictory beliefs.

Most people argue Kardashian, like Paris Hilton and others before her, is “famous for nothing” or “famous for doing nothing.” Celebrities, politicians and other well-known personalities gain people’s ire for what they do and say, but Kardashian doesn’t seem to do anything. And this is why we dislike her so much.

The Measure Of Success

In order to understand why, we need to ask and attempt to answer a few questions. Specifically, if Kardashian is so successful for doing nothing, how do we measure success? Optimism dictates lofty ideals like “hard work,” “power,” “respect” and “family,” but these still don’t answer the question. Besides, most successful people are considered so due to far more superficial reasons, like material goods and luxuries.

According to Julie Doubleday,Kardashian is “a near-perfect human embodiment of the values we’ve been taught to aspire to.

” In other words, because Kardashian is (or at least seems) so thoroughly superficial, she has become a celebrity. This, Doubleday contends, is the reason for the fame. But what about the hate?

Doubleday suggests Kardashian’s fame triggers such animosity because it is reflective of qualities in ourselves and the society we live in that we dislike. She’s “holding a mirror up to all of us, and we don’t like what we see.”

Because there’s so much emphasis on Kardashian’s appearance, her detractors assume she’s unintelligent, vacuous or generally boring. Unless you actually know Kim, it’s hard to justify this sentiment, yet we still believe it. Especially when we select segments from “Keeping Up With The Kardashians,” interviews and public appearances and base our judgment on them.

But Kardashian is famous for what’s on the outside—her good looks, her clothing choices, her photo shoots. These are what is celebrated, but what’s underneath the surface—if anything—is ignored unless we find use for it in our hate, which we do.

Unless You’re Being Insulted

When her opponents take issue with the surface-level qualities otherwise celebrated, how they take issue with them is important for understanding the hatred. Most are visceral, demeaning and outright misogynistic or sexist. Off-hand remarks regarding her promiscuity (regarding the infamous sex tape) and waistline attempt more poignant jabs at what she’s famous for, but they say more about the people making them than they do about Kardashian.

Doubelday notes that, in regards to Kardashian’s ongoing pursuit of celebrity, there’s no real finish line. In other words, as long as she’s in possession of the qualities deemed necessary by society, then why bother stopping? It’s a cultural form of cognitive dissonance in that, despite what you may have accomplished, Kardashian is better than you at whatever you’ve done and more because she’s famous and you’re not.
__________________________________

Disclaimer : I do not own any of the above information. Article obtained from Allday Mag. To view the original post click here

Did you like it?
Share it with your friends and start a conversation Now!
Tweet it and mention me in your tweets @Okumu_Joyce
hashtag it #understatedchaos

Life is a story; I just write it out... View all posts by Joyce Melisa

2 thoughts on “How Socialite Implies On Us.”

comments on my blog posts

Explore the world of writing

A Webzine That Delves Into All Things LIFE In Promoting Creativity