Who likes being whacked … whooped … whipped … okay to be fair let’s use the more kid-friendly word : disciplined. Not that the very act of it is any lenient than getting a thorough whooping… but growing up I was told I was being disciplined each time I got a beating.

Joyce, I’m not beating you;
I’m disciplining you
So next time you know better!

Okay, I’m not soo sure about you, but the truth lies in the proof! There was : physical discomfort and harm, injury, crying, pain, moodiness —>> yea that was more or less a beating I got… no matter the vocabulary! Being told you were being disciplined back then; sounded way more liberal than torturous. And it made it okay. And freely acceptable! So to me I looked at it as a lesson being taught the hard way. Through the cane (or belt or slap or hitting) . In hind sight, right now I’m thinking, was hurting me the only best and final resort for me to be able to learn my lessons? Did I have to cry and get upset only to get up happy that I learnt something new in my life? But most importantly… was it worth it?
I know that’s Rhetoric

So now should I tell you why what was done to us had to happen?? If you are religious (Christian to be more specific) sing along with me: Spare the rod and spoil the child ! That’s Right {PROVERBS 13:24} 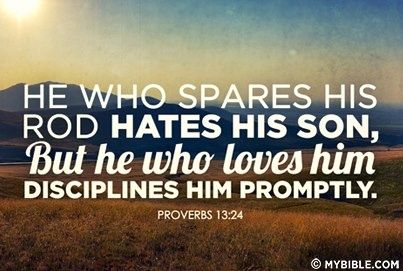 Frankly I have mad respect for God and what His word says so I’m gonna not comment on that…! Listen it’s the Bible people! We can’t do much there.

However the ironic part is, I’m very sure many will be surprised to have found out that this line actually was legit outta the bible (let me know if that was you in the comments down below 🙂

Reason why I say this is because you know how notorious we are sometimes when we repeatedly quote famous Christian slogans that don’t really exist at all in our bible. They become soo second tongued that we begin to think it’s God’s words when on the contrary it is just Man’s word.

Like take for instance
God helps those who help themselves

While this phrase sounds like it definately comes from scripture, it actually isn’t recorded anywhere in the bible. The phrase “God helps those who help themselves” is credited to the Greek storyteller Aesop (and Bejamin Franklin) . It’s been suggested the phrase is a favorite among pickpocketers and shoplifters
See 10 more popular bible verses that aren’t actually in the Bible

I remember an incident in school with one of our foreign tutors (She was a Brit) from the UK. We were chatting away one afternoon when I got the ultimate culture shock of my life! To my utter surprise she gagged at me when I told her about a bad day I was having because I was still upset after being “disciplined” at home over a petty nothing that I did.

She goes “So they hit you?”

But instead I chose to stay silent.

‘Coz to be honest now I’m the one in shock!

She then goes ahead to tell me how she would rather use other means to discipline her kiddies when they go wrong or misbehaved. Beating isn’t the only way to teach what’s Right. To her she would give them a time out or take away their luxuries (ipad/ toys/snack junk/a swim in the pool) “And my kids are very well mannered” she adds.

This gets me thinking! Is abuse the only order of the day? What’s surprising to me is that I observed her little girls were sometimes even more disciplined than their counter parts who get a beating for doing wrong. It’s almost like with time they get immune to the canning and instead of receiving the moral, they receive the pain ignore the lesson taught!

Did you like it?
Share it with your friends and start a conversation Now!
Tweet it and mention me in your tweets @Okumu_Joyce
hashtag it #understatedchaos

Life is a story; I just write it out... View all posts by Joyce Melisa

comments on my blog posts

Explore the world of writing

A Webzine That Delves Into All Things LIFE In Promoting Creativity